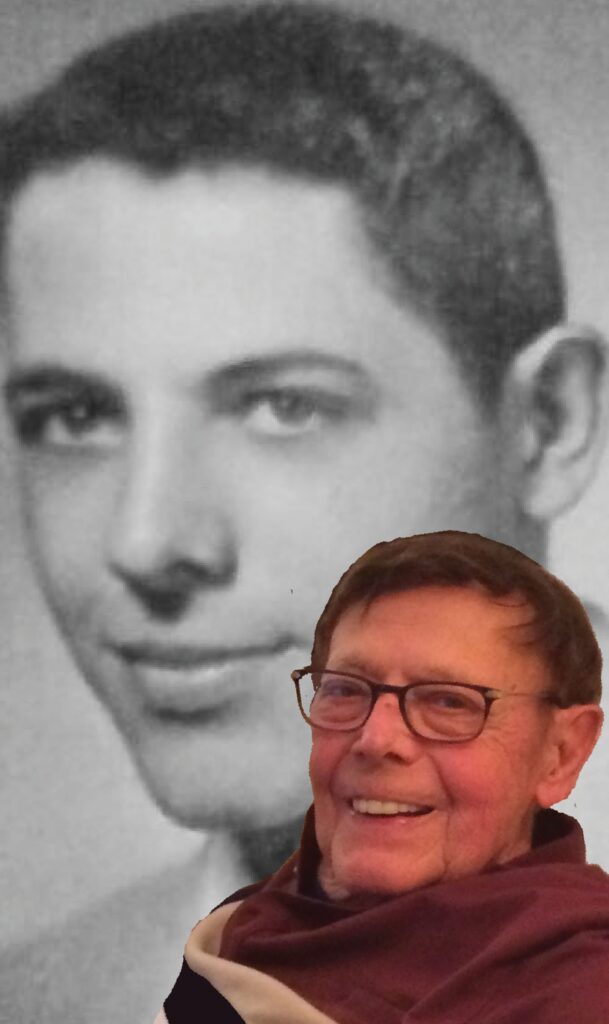 Ray A. Goff went out fighting on Tuesday, November 30, as was his nature. He never took the easy road but always tried to do the right thing. He was called Sonny as a child, Raymond in junior high and high school and Ray as a man. He loved to restore antique and classic cars, plant trees and flower gardens and view wildlife on frequent drives to Clinton Lake. He delighted in watching the fish in the 33 by 15-foot water garden, complete with waterfall, that he hand dug 25 years ago.

He was born on May 24, 1938, to Raymond J. and Christina Fowler Goff and grew up on the seat of a tractor and the back of his horse Chief. At the age of 14, he graduated from Sigel Country School and attended Lawrence Junior High where he met Marsha Henry in Mrs. Black’s ninth grade English class. He didn’t know until later that she decided to marry him on the first day she saw him. They dated all through high school (except when they were broken up which was not all that hard to do despite Neil Sedaka singing that it was). Their 65-year marriage produced two sons known in their early years as Butch and Spike.

Ray served as a Lawrence Police Officer from 1959 to 1965, then accepted a job in the water department at Sunflower Army Ammunition Plant, where he also served on the guard department before managing the facility’s two water plants and later working as a planner and estimator. He climbed all four of the tall landmark water towers because, as he explained, “I will not ask anyone else to do something I wouldn’t do myself.”

He and Marsha loved traveling to Cancun where they climbed Chichen Itza, Hawaii where they scaled Diamondhead, and Alaska where they visited Denali and flew to Wiseman beyond the Arctic Circle. They were annual visitors to Estes Park before getting trapped there during the Flood of 2013. In 1995, they moved into a rural home they designed on a napkin at Perkin’s and self-contracted, doing much of the work themselves after selling their home in Nieder Acres to Target.

Ray is survived by his heartbroken family: wife Marsha; sons Ray, Jr. (Linda) and Greg (Val); four grandchildren, B.J., Gabe, Sammi and Zoe; sisters-in-law Lesta Kline and Vicki Julian; nieces Debby, Kym, and Sheli; nephews Chris and Ryan; and several great-grand nieces and nephews. Ray, Jr. wants everyone to know he was proud to be his father’s son. Greg hopes everyone will recall his father’s infectious smile. Marsha will be forever grateful for the good man (who never mentioned his IQ was one point higher than hers) and soulmate who was her lifetime love and by far better half.

Plans are underway for Ray’s Celebration of Life at a later date.