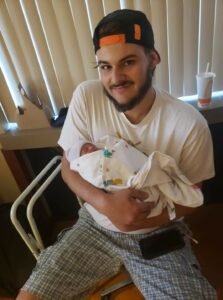 Memorial services for Austin Logan Coonce, 20, Lawrence will be held at 7:00 p.m., Thursday, November 14, 2019 at Warren-McElwain Mortuary in Lawrence. Austin passed away Thursday, October 24, 2019 at his home.

He worked in construction.

The family will greet friends at 6 p.m. one hour prior to the service and following the service until 8 p.m. at Warren-McElwain Mortuary