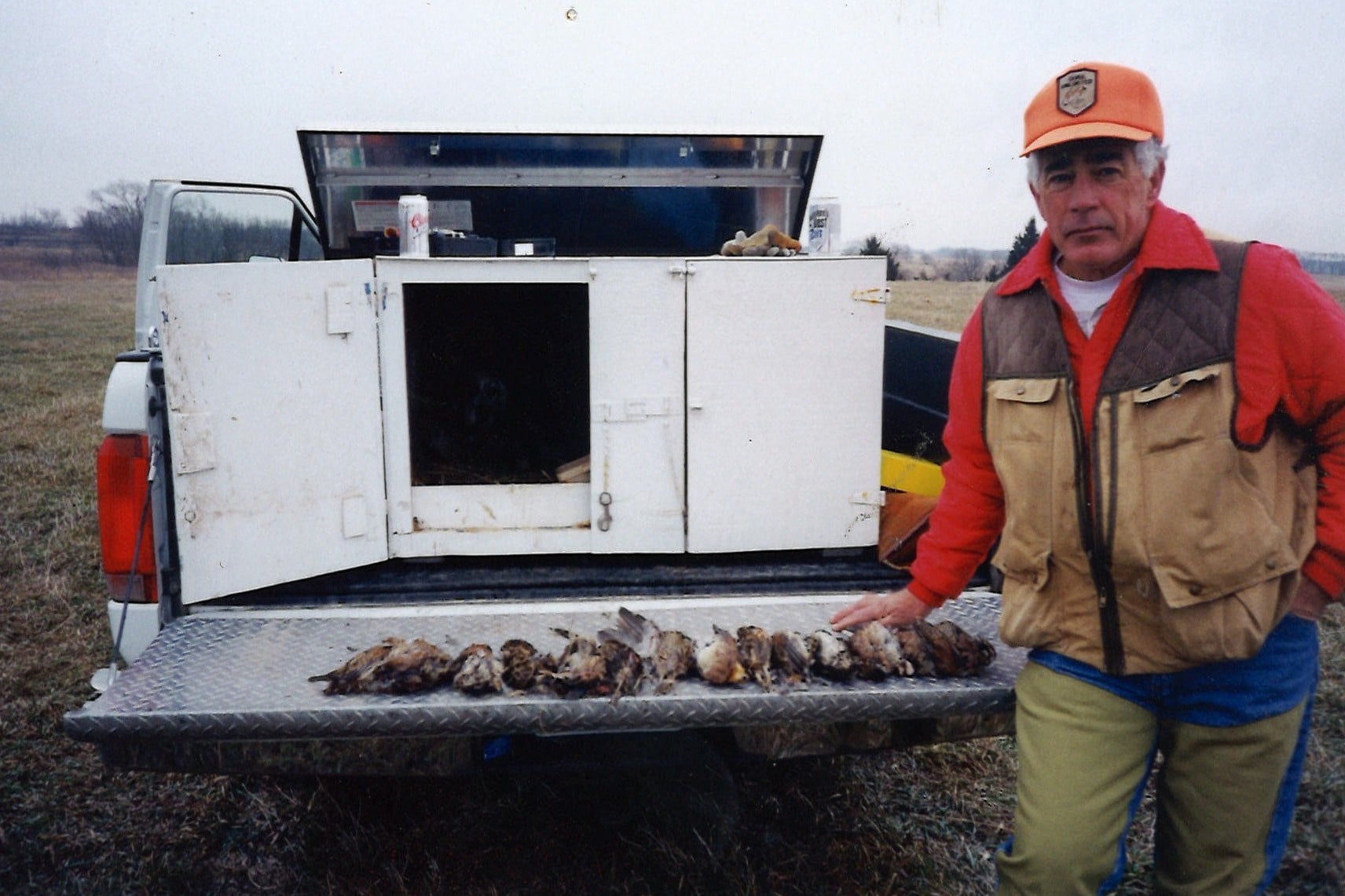 Thomas Richard Boyd, Baldwin City, Kansas passed away on August 2nd, 2021 at his home. He was born on April 5th, 1940 in Topeka, KS the son of Richard and Grace (Cotton) Boyd.

Shortly after his Dad came back from World War II, they moved to Staff Village (Housing for the employees of Hercules) near Desoto. Tom attended Desoto and later Lawrence schools. At Lawrence High School he was an avid football, basketball and baseball player. It was during this time that he forged lifelong friendships. He graduated from Lawrence High School in 1958.

After graduation Tom was in the Army Reserves while also beginning his career in the construction and plumbing business.

In January of 1965 Tom married Diana Browning in Lawrence, Kansas. Together they had three daughters, Tricia, Micki and Kylee.

Tom and Diana started their business, Boyd Plumbing in 1974. He and Diana operated the business until their retirement in 2008.

Tom was an outdoorsman and avid hunter. You could often find him golfing, tending his garden and working out in the barn. He and the same group of friends went to Western Kansas for opening day of hunting season for over 50 years. Tom also enjoyed going to auctions where he had a standing number with several auctioneers in the area. Tom was known for accumulating boxes no one else would bid on, to the delight of the auctioneers. No matter where Tom was, he most likely had a cigar close by.

Still waters ran deep with Tom, and you always knew to listen when he had something to say. Hard work and integrity were cornerstones in his life, although he was not above a good practical joke.

In 1998 Tom was diagnosed with Parkinson’s Disease. Although the disease slowed him down, he rarely complained and did not let the disease define him. The family would like to thank his friends who continued to include him in lunches and many a dinner at the Spoke as his disease progressed.

Tom’s girls would like to thank their Mom for taking such good care of him, which allowed him to live at home with a full life despite his Parkinson’s.

Visitation will be from 6-8pm on Friday, August 6th at Warren McElwain Mortuary, Lawrence, Kansas

In lieu of flowers, the family suggest memorials to Baldwin High School Trap Team or Visiting Nurses/Hospice of Lawrence and may be sent in care of Warren-McElwain Mortuary, 120 W. 13th Street, Lawrence, KS 66044.

“If there ever comes a day when we can’t be together, keep me in your heart, I’ll stay there forever”