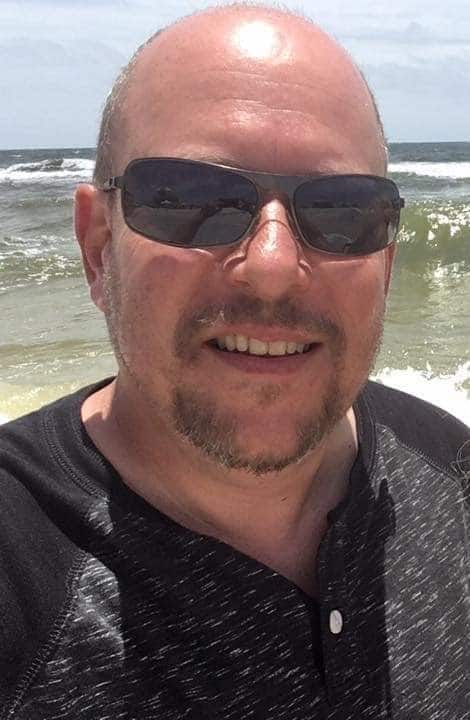 He graduated from Lawrence High School in 1988.  He worked at Dale Wiley’s as a Recon Manager for several years.

He loved music, cars, and watching the Chiefs and the Jayhawks.

He is survived by his parents, Don and Cathy Nunley of Eudora; his sister, Heather McKeel of Eudora, his nephew, Zachary McKeel of North Kansas City, his niece, Danielle McKeel of Eudora and her children Noelle and Evey; Uncle Gayland & Aunt Linda Lilienkamp, Aunt Teri Davenport, Aunt Debbie Nunley and many cousins.

Memorial contributions may be made in Steven’s name to Lawrence Humane Society and may be sent in care of Warren-McElwain Mortuary, 120 W. 13th Street, Lawrence, KS 66044.

For more information or to post a condolence go to warrenmcelwain.com.