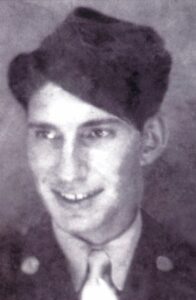 Funeral services for Albert Benjamin Wurtz, 96, Eudora, will be held at 2:30 p.m. Friday, December 20, 2019, at Warren-McElwain Mortuary – Eudora Chapel in Eudora. Burial with Military Honors will follow at Eudora Cemetery. Albert passed away Monday, December 16, 2019, at his home.

Albert was born at home in Mound City, Kansas on April 18, 1923 to Benjamin Franklin and Viola May (Brandt) Wurtz. Albert was one of thirteen children; he began working at a young age to help provide for the family.

He was drafted into the Army in 1941 and stationed at Fort Leavenworth. In February of 1945 received order to go to Germany as a Medic. He and his brother, Willie went over on the same ship.

The families were members of Assembly of God Church in Eudora for many years. Albert also owned his own construction company.

The family will greet friends at 1:30 p.m. one hour prior to the service on Friday, December 20, 2019 at Warren-McElwain Mortuary Eudora Chapel.

Memorial contributions may be made in his name to the American Diabetes Association and may be sent in care of Warren-McElwain Mortuary, 120 W. 13th Street, Lawrence, KS 66044.