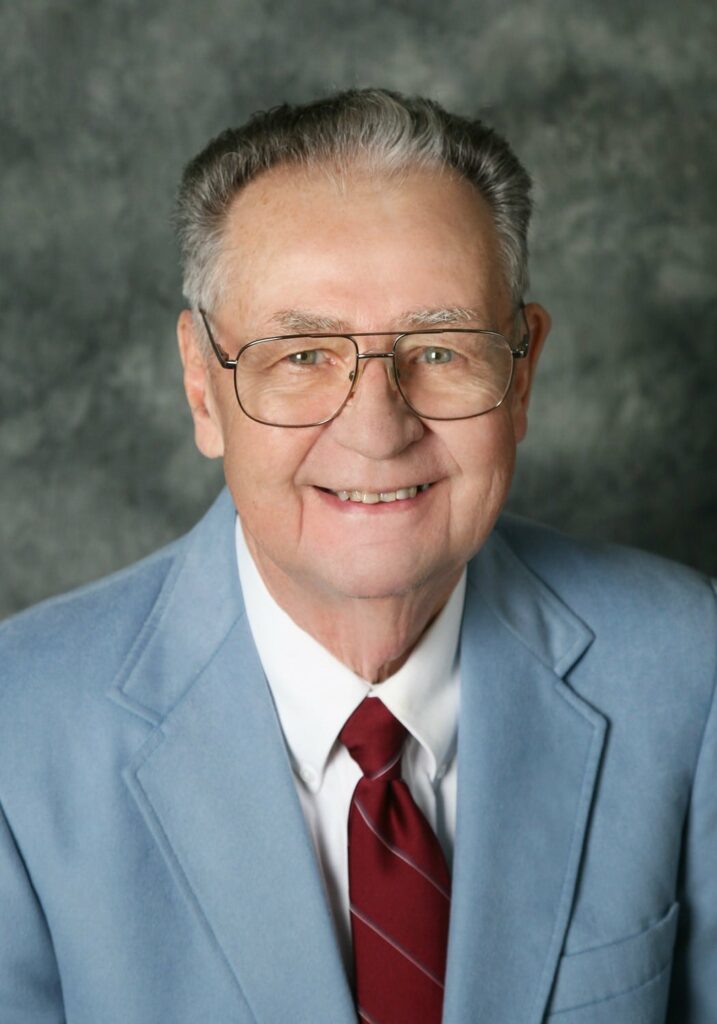 Alan was born on December 22, 1931 in Rochester, NY, the son of John Ralph and Jessamine Payne Whitehouse.

Alan loved both music and science, and pursued a degree in Chemistry from St. Bonaventure University, playing saxophone in a band during the ‘big band era’ for enjoyment and to help pay for college.  He was a very accomplished musician, and at one point was offered a professional music job, which he considered but declined.  It was during college he met Nancy Jean Hazzard, the love of his life.  She often attended his concerts when they were dating.  On August 4, 1956, he married Nancy, his wife of 61 years, in Wellsville, NY.  She preceded him in death on September 4, 2017.

He spent most of his career working for DuPont in New York, Iowa, and West Virginia, later retiring, moving to Kansas, and working briefly for Flexel.  Early in his career, he completed his PhD in Chemistry from the University of Buffalo.  He worked primarily in roles of technical leadership, and was often called to different company locations to consult on technical problems.

Alan was a lifelong member of the Catholic church, most recently at St. John the Evangelist Catholic Church in Lawrence, KS.

Alan was a man of many interests and hobbies.  Over the years, he spent much time fishing, camping, traveling, boating, and vegetable gardening.  At various times he made wine, baked bread, painted, and built things such as TVs and cars from kits.  In his younger years he loved to swim and ice skate.  He enjoyed sports, especially KU basketball and Buffalo Bills football.  It seemed he was always tinkering, and could fix just about anything.  He loved to teach by nature, and spent time teaching his children checkers, chess, swimming, how to drive a car, how to manage a budget, and often imparted his values and wisdom.

After his retirement in Lawrence, Kansas, Alan once again picked up his saxophone, and after practicing long and hard, played in two senior bands in the Lawrence area – the New Horizons Band and Junkyard Jazz.  Once again, Nancy often attended his concerts.

He was preceded in death by his parents, brothers John and Robert, and a granddaughter, Kirsten Snyder.

A Memorial Mass for Alan will be held at 10:00 a.m. Saturday, May 14, 2022, at St. John the Evangelist Catholic Church in Lawrence, followed by burial at Oak Hill Cemetery in Lawrence.

In lieu of flowers, the family suggests memorials in Alan’s name to St. John the Evangelist Catholic Church in Lawrence, KS, and may be sent in care of Warren-McElwain Mortuary, 120 W. 13th Street, Lawrence, KS 66044.

For more information or to post a condolence go to warrenmcelwain.com.